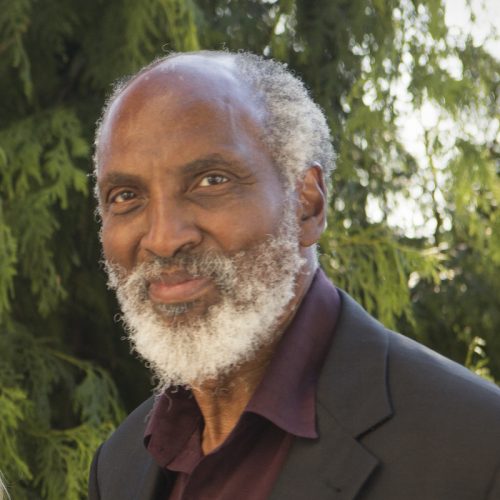 john a. powell is an internationally recognized expert in the areas of civil rights, civil liberties, structural racism, housing, poverty, and democracy. john is the Director of the Othering and Belonging Institute at the University of California, Berkeley, a research institute that brings together scholars, community advocates, communicators and policymakers to identify and eliminate the barriers to an inclusive, just, and sustainable society and to create transformative change toward a more equitable world.

john holds the Robert D. Haas Chancellor’s Chair in Equity and Inclusion and is a Professor of Law, African American Studies, and Ethnic Studies at UC Berkeley. Previously, he was the Executive Director of the Kirwan Institute for the Study of Race and Ethnicity at the Ohio State University where he also held the Gregory H. Williams Chair in Civil Rights & Civil Liberties at the Moritz College of Law. john also founded and directed the Institute on Race and Poverty at the University of Minnesota.

john also served as Director of Legal Services in Miami, Florida and was the National Legal Director of the American Civil Liberties Union (ACLU), where he was instrumental in developing educational adequacy theory.

john led the development of an “opportunity-based” model that connects affordable housing to education, health, health care, and employment and is well-known for his work developing the frameworks of “targeted universalism” and “othering and belonging” to effect equity-based interventions.

john has written extensively on a number of issues including structural racism, racial justice, concentrated poverty, opportunity-based housing, voting rights, affirmative action in the United States, South Africa and Brazil, racial and ethnic identity, spirituality and social justice, and the needs of citizens in a democratic society. He is the author of several books, including his most recent work, Racing to Justice: Transforming our Concepts of Self and Other to Build an Inclusive Society.

john has lived and worked in Africa, where he was a consultant to the governments of Mozambique and South Africa, and has also worked in India and Brazil. He is one of the co-founders of the Poverty & Race Research Action Council and serves on the board of several national and international organizations, including More in Common, the Institute for New Economic Thinking, and Open Society Foundations. john has taught at numerous law schools including Harvard and Columbia University.

All Sessions by john a. powell