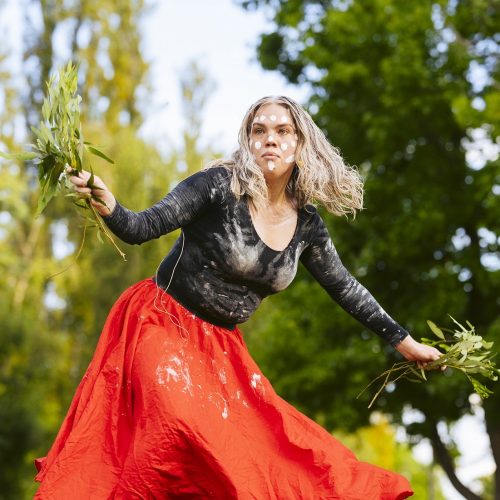 Wiradjuri Echoes have been established in Canberra and Regions for over 18 years. Through sharing Aboriginal Culture though dance, song, art and story telling they eliminate stereotypes, racism and inequality. They are leaders in the community to the indigenous and non indigenous communities as well actively involving ourselves in the community.  Duncan won a 2016 Order of Australia Medal for his work within the indigenous community and the Wiradjuri Echoes were commended as young citizens of the year for their work they do amongst the community.  They offer Dance performances, cultural workshops, murals, smoking ceremonies and much more.

The Wiradjuri Echoes have been a prominent presence in the Canberra and surrounding communities, showcasing Wiradjuri Dances and also teaching dances as well. They have performed for the likes of the Prime Minster of Australia, Prince William and Princess Kate, the King and Queen of Sweden, more importantly though they have impressed the hardest of crowds – preschoolers. They perform for government departments, local and regional schools and have even shared culture as far as the UK via video conference.